It’s not a presentation… “It’s a conversation” ™

Change the way you connect in business…

We strip away the notion that a presentation is a performance – most people find  “performing” incredibly nerve-wracking. Our Philosophy “It’s not a presentation… It’s a conversation” ™ helps participants become more effective by being more human.

“If everyone here went through a session with Margie it would make the whole company such an amazing and empathetic place . It would help build a great culture.” 180LA (April 2017)

“It was amazing! I feel like we now know each other as people, not just superficially as colleagues.” 180LA (April 2017)

Let us bring who you are into the conversation!

MHC is based in Los Angeles and London. 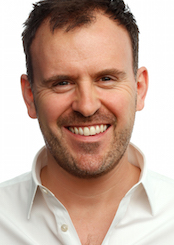 Morgan James brings a wealth of experience in communication and behavioral training, and we are thrilled to have him on our team. Trained as an actor and singer, Morgan has been specializing in behavioral training for the last thirteen years. Initially working as an actor in a traditional role-play position, Morgan soon realized he had a real insight and passion for behavioral training and very quickly became a Senior Associate for Interact, Europe’s largest theatre skills based training organization.

An experienced facilitator, Morgan has conducted a wide range of training courses from forum theatre, group workshops, and 1 to 1 coaching. Morgan qualified as an Executive Business Coach from the Academy of Executive Coaches in 2012.  He has worked on a huge variety of courses including:  Impact in Presentation, Diversity, Interview Skills, Public Speaking & Presenting, Managing Performance, and Conflict Management.

Morgan’s philosophy is centered around people and makes training in the workplace as easy as A,B,C:  Attitude, Behavior, and Communication.  Morgan says, “A happier workplace is a more effective workplace.” With over 40 years of experience, Margie Haber is known as Hollywood’s top audition coach. While this is how she began her career, her technique empowers actors to create strong characters for both auditions and booked roles in TV, film and stage.

Margie has always given her all to her students. It was while teaching at the Lee Strasberg Institute in the 1970’s that she noticed actors were confident at scene study but struggling with the audition process. So she developed the Haber Phrase Technique™ and a 10-step instinctual approach to cold reading and auditions.

The Margie Haber Studio opened in 1986. Just a few years later, two of Margie’s clients, Brad Pitt and Michael Easton, wound up testing for the same role in the film Thelma & Louise. That was Pitt’s career breakthrough role, and she’s helped thousands of other actors do the same ever since. (See her client list here.)

Always responding to her students’ changing needs, Margie recently evolved her teaching to empower actors beyond the audition to life on the set and the stage. She hand-picks and trains all her teachers, ensuring a studio filled with caring, passionate educators who encourage students to grow as a person as well as an actor.

For over three decades, students have attended her Stop Acting and Start Living the Life workshop in cities across the globe including Indonesia, Australia, New Zealand, Europe, Atlanta, and New York City.

In 2015, she coached and associate produced the feature film, Bravetown, (starring Josh Duhamel, Lucas Till, Laura Dern, and Maria Bello). She also recently produced and starred in Hollywood Trials, a Docu/Reality TV series about Margie starring Emmett Scanlan for RTE network in Ireland.

Margie Haber’s book, How to Get the Part Without Falling Apart, is used throughout the world in drama schools and colleges. Her interactive app, Stop Acting, has over 120 minutes of videos that help actors build creativity and confidence. The free Actors Connect With Margie app is a handy way for actors to keep up on exciting studio news.

Throughout the years, Margie’s influence in the acting world has transitioned into the non-acting world and she’s worked with numerous professionals on presentation and public speaking skills, communication skills, and how to embrace their imperfections by jumping out of their box, and risking to be seen.