in The Actors Blog

‘It’s been an educational time, this past year’ 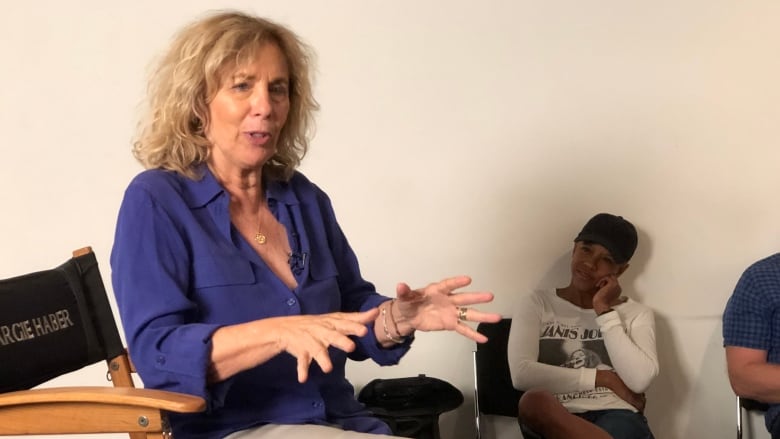 Los Angeles acting coach Margie Haber, left, says she now includes information on how to handle sexual harassment as part of her classes after the misconduct allegations against media mogul Harvey Weinstein came to light one year ago. (Zulekha Nathoo/CBC)

The head of a renowned acting school in Los Angeles says a year after the allegations against producer Harvey Weinstein surfaced publicly, she’s revamped the way she coaches her students when it comes to sexual harassment.

Lining the walls of Margie Haber’s studio are dozens of headshots belonging to former pupils who include some of Hollywood’s biggest stars of the past several decades — Halle Berry, Brad Pitt, Vince Vaughn, Tiffany Haddish, Pierce Brosnan, Jenifer Lewis and many others.

“In those days, I didn’t really address anything [about sexual harassment],” said Haber, who’s been teaching for more than 40 years. “And now we talk about it. It’s very open now.” Headshots line the walls at Haber’s studio in Los Angeles, where stars from Brad Pitt to Halle Berry have attended classes. (Zulekha Nathoo/CBC)

She admits she was “complacent” in the past and didn’t know much about it: “It’s been an educational time, this past year.”

Haber’s studio is among a bunch of acting schools — including some in Canada — making changes to incorporate a more open dialogue on a previously taboo subject.

Haber said it changed the way she teaches her classes.

She’s now introduced intimacy exercises in her workshops to help actors share difficult career and life experiences. She helps her students set personal boundaries before auditioning and encourages both women and men to speak up when something feels wrong not just for themselves, but for each other. 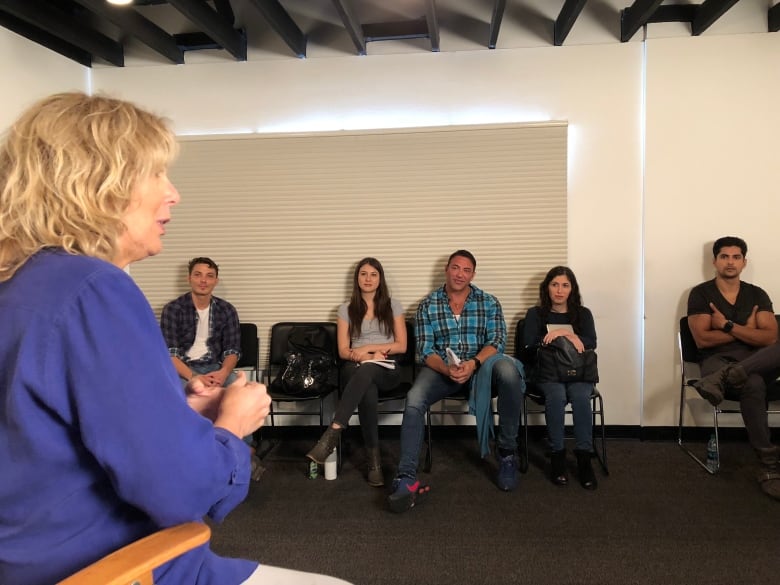 Haber teaches a workshop with aspiring actors such as Jason Mercado, centre, and Rushi Kota, far right, who say their experiences on set show that people are now ‘hyper-aware’ of issues around sexual harassment. (Zulekha Nathoo/CBC)

Inside one of Haber’s in-demand workshops for up-and-coming actors, students say the message is translating in practice as well.

“Working on set, I’ve seen more people watching their words and their actions, more than before,” said one student, Jason Mercado.

Rushi Kota, who has a recurring role on Grey’s Anatomy, said: “Everybody is so hyper-aware.”

Bringing in an intimacy coach

At Ryerson University’s School of Performance in Toronto, sexual harassment guidelines have been modified since the Weinstein allegations, but the changes were also the result of student-led demand.

During rehearsals for Margaret Atwood’s play,The Penelopiad, one of the leads in the all-female performance said it’s not the only time students have had to flag changing norms over the last year to their instructors. 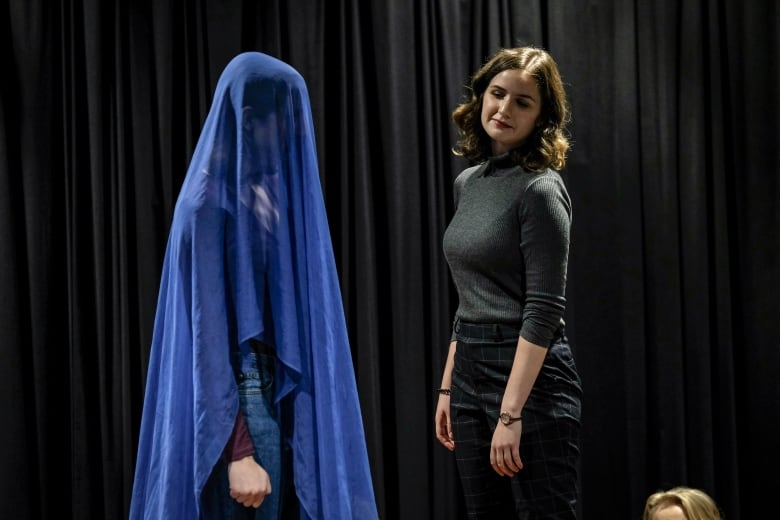 Ryerson theatre student Alyssa Pothier, right, rehearses a scene from The Penelopiad, which she says included such sensitive material that students asked the faculty to hire an intimacy coach. (Evan Mitsui/CBC)

“Some of the content deals with rape in this show and in other shows that we’ve done,” said fourth-year student Alyssa Pothier. “A lot because of this movement, we’ve been more comfortable going to our professors and going, ‘Hey, how is this being addressed? Are all the actors being spoken to about this? What are their opinions? What are our opinions?'”

As a result of that conversation, students successfully lobbied their instructors to bring in an intimacy coach to help choreograph sensitive scenes.

Intimacy coaching help actors deal with sex scenes, for example, and build safe and comfortable relationships with co-stars. It’s a relatively new practice in North America that’s gaining popularity because of concerns about harassment and abuse of power.

Peggy Shannon, the school’s chair, says the past year has been a learning process for trainers as much as for students. 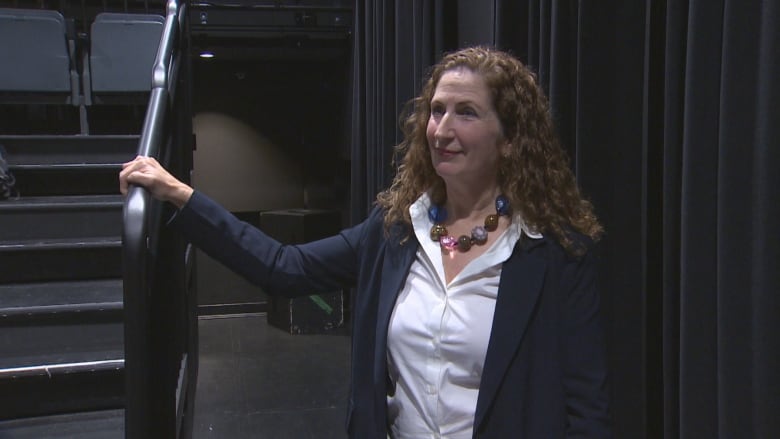 Peggy Shannon, chair of Ryerson University’s School of Performance, watches a rehearsal. She says conversations around sexual harassment have been a learning curve for faculty as well as students. (CBC)

At the University of Calgary’s School of Creative and Performing Arts, assistant professor Christine Brubaker says policies around sexual harassment have been put in place, but change doesn’t always come from the top down.

“I would say in many ways it’s coming from the young people themselves, the students,” said the actor-director. “Perhaps maybe leadership is trying to catch up in some ways.”

Adding ‘self-worth’ to the curriculum

“You really need that to survive in this industry, to be able to take all the rejection and feel that utter desperation and vulnerability when you are looking for jobs,” she said. “[Schools] really need to be teaching how important our self-worth and self-value is.” 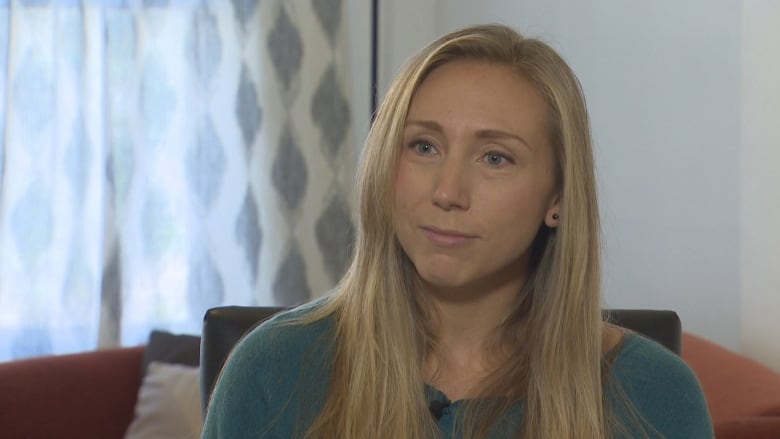 Canadian actor and AfterMeToo co-founder Freya Ravensbergen says film and theatre schools need to teach actors how to develop a strong sense of self. (CBC)

Back in Los Angeles, Haber jokes that she can get a table at any restaurant in Hollywood not because of her fame in the industry — though she has some of that, too — but because many of the city’s popular eateries are full of servers who are aspiring actors she teaches.

“Ninety per cent of people can’t afford to be an actor,” she says, so side jobs with flexible hours are the only way to make ends meet. That’s often when desperation can drive decisions at auditions and meetings that people might later regret, she says.

An actor or anyone has the right to question what’s going on, to not sit there and feel that they’re at the bottom.– Margie Haber, Los Angeles acting coach

But that appears to be shifting as well. Whereas actors have come to her in the past with complaints about sexual harassment against managers and casting directors, she says: “I haven’t had anything reported to me over the past year versus other times.”

As students in her class work on a scene from Thelma & Louise — fitting not only because of its rare female-driven script but also because it gave Pitt his breakthrough role in the business after working with her — Haber says one of her key lessons for actors is learning their own value.

“I talk about power a great deal and I teach power now,” she said. “An actor or anyone has the right to question what’s going on, to not sit there and feel that they’re at the bottom.

“To have their voice,” she said. “I don’t think we understood what that was a few years back.”

With files from CBC’s Deana Sumanac and Nigel Hunt 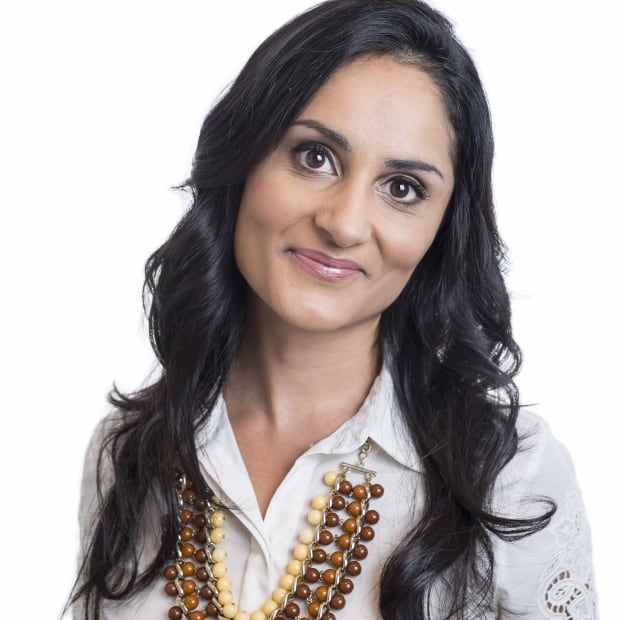 Zulekha Nathoo is based in Los Angeles and has sat down with some of Hollywood’s biggest names, including Denzel Washington, Cameron Diaz, Robert Downey Jr. and Matthew McConaughey. She also works as a CBC News on-air reporter, and has spent more than a decade at stations across Canada.